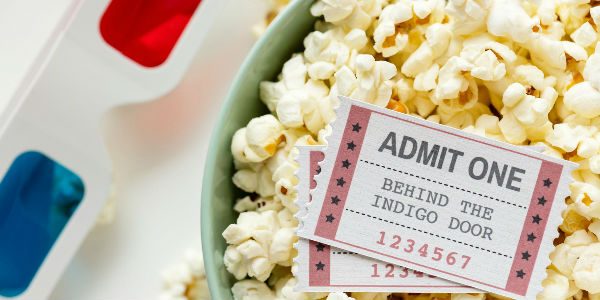 Why Movies Are Important

Why Movies Are Important

Movies can be fun, but don’t underestimate how much they can provide to our society.

Do we take movies for granted? For most people, movies are viewed as simple and somewhat frivolous forms of entertainment. By design they are meant to provide entertainment to the masses, but is it that all?

It can be very easy to be dismissive to films. So-called popular films can seem especially inconsequential. Whose life is going to be changed by the latest superhero movie or romantic comedy? But can you honestly say you’ve never been influenced or affected by a film in a meaningful and lasting way?

Think about what your life would be like without movies. They might not play a significant role in your day-to-day life, but it’s likely they have made some sort of impact on you over the years. Without them, we could fail to make significant realizations about ourselves or the world around us that can shape our lives. The truth is that because of a film’s ability to communicate and entertain in such a consumable way, it is very effective at delivering messages that can have great meaning to individuals. Needless to say, this is not reserved for all movies. But let’s look at how, when done well, movies are important.

We all have in us the ability to empathize. However, it is circumstances that helps to influence that feeling in us. We can be informed through community, life experience and, yes, even films. From a young age, we are shown movies that communicate the feelings and experiences of others. Most every Disney cartoon can teach a child empathy on a number of subjects like loss and grief. As we age, movies continue to be that vessel, giving us stories about people in situations that may help us to understand the struggles of individuals other than ourselves. Again, some people can ignore these feelings. But chances are you’ve had such an experience in your movie-watching path.

You’ll find few people that will tell you movies are the best way to learn about a subject. That’s probably very true. Unless you’re watching a very in-depth educational documentary, you’re probably only going to scratch the surface of any subject. That doesn’t mean films cannot be amazingly educational at times. Where films can often teach you the most is through introducing you to a subject that you knew nothing or very little about. It can be a way of life, an area of research, a time in history – these stories we see show us something new we can then explore.

Speaking of seeing something you’ve never seen before, movies are one of the greatest forms of creative expression. That might sound like it’s a fine outlet for the artist but offers little to the viewer. Don’t underestimate how powerful seeing someone’s imagination at work can be. When the short film The Arrival of a Train at La Ciotat Station was shown to the public in a theatre in 1896, the sight of a train barreling towards the screen sent the audience running for safety. Since then, movies have shown us things we had not thought possible. 2001: A Space Odyssey was such a clear and vivid depiction of space travel that NASA took notes. Star Wars and Jaws inspired generations of filmmakers who followed. Artists put their vision to work and, when done well, it inspires out own creativity and imagination.

PrevRemembering Burt Reynolds: A Look At Some Of His Best Films
5 Questions You Should Ask In Any Job InterviewNext