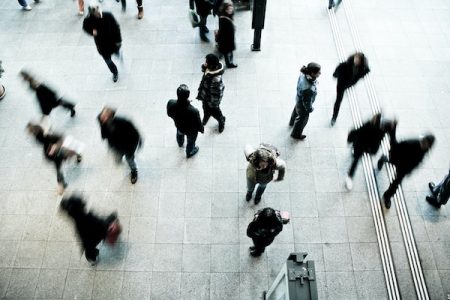 The talent shortage is real, folks.

And robots and technology will not replace the brains needed to keep the economy healthy.

These insights come from a new study by US management firm Korn Ferry which produced a report “Future of Work: the Global Talent Crunch.”

It’s going to be expensive

Korn Ferry’s report estimates  the shortfall of talent is will cost the global economy $8.5-trillion in unrealized annual revenues by the year 2030.

There will be a shortage of 85 million people.

The numbers are dizzying

According to the British economic consultancy Centre for Economic and Business Research, the financial contribution workers make to the economy will be worth as much as $1.2 quadrillion (!) over the next five years (Here is the study).

By comparison, physical capital – inventory, real estate and technology – will be worth an estimated $521 trillion.

What this means is that human talent, intelligence and experience is more than twice as valuable as everything else combined.

CEOs have turned to robotics and AI to boost productivity. That isn’t a bad thing, but technology doesn’t replace good old-fashioned human ingenuity.

“Asking technology to do all the work and excluding people is a mistake,” say Jean-Marc Laouchez, global managing director of Korn Ferry. “In the future of work, leaders must recognize and capture the value of all their resources to succeed.”

Social skills such as persuasion, emotional intelligence and teaching others will be in higher demand, according to a 2015 survey by the World Economic Forum.

C-Suites will have to invest more human skills rather than just technology.

“Constant learning—driven by both workers and organizations—will be central to the future of work, extending far beyond the traditional definition of learning and development,” said Laouchez.