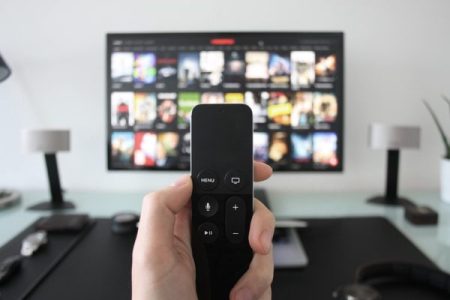 Medieval epics, the returns of big shows and even some Christmas movies — all on Netflix this month!

Looking to stay in and catching up on your binge-watching? Here’s what’s coming to Netflix November 2018!

“21” is the fact-based story about six MIT students who were trained to become experts in card counting and subsequently took Vegas casinos for millions in winnings. (Available November 1)

A man tries to rescue a woman with a little help from his half brother. (Available November 1)

In 2027, in a chaotic world in which women have become somehow infertile, a former activist agrees to help transport a miraculously pregnant woman to a sanctuary at sea. (Available November 1)

A woman returns to her Orthodox Jewish community that shunned her for her attraction to a female childhood friend. Once back, their passions reignite as they explore the boundaries of faith and sexuality. (Available November 1)

The CIA’s most dangerous former operative is drawn out of hiding to uncover more explosive truths about his past. (Available November 1)

This time, a new baby is on the way, and it’s a girl. Wrapped together with the standard conflict between mother and father, Mikey engages in a bit of sibling rivalry with his new sister. (Available November 1)

Once Upon a Time in Mexico

When rich video-store magnate Johnny Rose and his family suddenly find themselves broke, they are forced to leave their pampered lives to regroup in Schitt’s Creek. (Available November 1)

A murder inside the Louvre, and clues in Da Vinci paintings, lead to the discovery of a religious mystery protected by a secret society for two thousand years, which could shake the foundations of Christianity. (Available November 1)

With Frank out of the picture, Claire Underwood steps fully into her own as the first woman president, but faces formidable threats to her legacy. (Available November 2)

A talented photographer stuck in a dead-end job inherits an antique Advent calendar that may be predicting the future — and pointing her toward love. (Available November 2)

The Other Side of the Wind– NETFLIX FILM

A completion and restoration of Orson Welles’s unfinished film, this satire follows the final days of a legendary director striving for a comeback. (Available November 2)

This engaging documentary explores Orson Welles’s unfinished film, “The Other Side of the Wind,” which he worked on for a decade before his death. (Available November 2)

Heidi (Julia Roberts) works at Homecoming, a facility helping soldiers transition to civilian life. Years later she has started a new life, when the Department of Defense questions why she left Homecoming. Heidi realizes there’s a whole other story behind the one she’s been telling herself. (Available November 5)

Examining 3,000 years of Latino history, Leguizamo charts everything from a satirical recap of Aztec and Incan history to stories of Latin patriots in the American Civil War, revealing how whitewashed history truly is. (Available November 5)

Fantastic Beasts and Where To Find Them

A group of Boston-bred gangsters set up shop in balmy Florida during the Prohibition era, facing off against the competition and the Ku Klux Klan. (Available November 6)

Follows the lives of eight very different couples in dealing with their love lives in various loosely interrelated tales all set during a frantic month before Christmas in London, England. (Available November 6)

In 12th century England, Robin and his band of marauders confront corruption in a local village and lead an uprising against the crown that will forever alter the balance of world power. (Available November 6)

Scent of a Woman

A prep school student needing money agrees to “babysit” a blind man, but the job is not at all what he anticipated. (Available November 6)

When a Las Vegas performer-turned-snitch named Buddy Israel decides to turn state’s evidence and testify against the mob, it seems that a whole lot of people would like to make sure he’s no longer breathing. (Available November 6)

In a bid to keep their luxurious condo from their significant other, a couple’s break-up proceeds to get uglier and nastier by the moment. (Available November 6)

This emotional docudrama tells the stories of Medal of Honor recipients from U.S. military operations in Iraq, Afghanistan, Vietnam and more. (Available November 9)

This period drama follows Robert the Bruce’s battle to regain control after being made an outlaw by the King of England for taking the Scottish Crown. (Available November 9)

A stoner – who is in fact a government agent – is marked as a liability and targeted for extermination. But he’s too well-trained and too high for them to handle. (Available November 10)

When Shaun decides to take the day off and have some fun, he gets a little more action than he bargained for. A mix up with the Farmer, a caravan and a very steep hill lead them all to the Big City and it’s up to Shaun and the flock to return everyone safely to the green grass of home. (Available November 10)

See the rise of the Guadalajara Cartel as an American DEA agent learns the danger of targeting narcos in Mexico. (Available November 16)

Saddle up for six tales about the American frontier from the unique minds of Joel and Ethan Coen, who wrote and directed this anthology. (Available November 16)

An aging actor, who long ago enjoyed a brush with fame, makes his living as an acting coach. (Available November 16)

A woman struggling with insecurity wakes from a fall believing she is the most beautiful and capable woman on the planet. Her new confidence empowers her to live fearlessly, but what happens when she realizes her appearance never changed? (Available November 17)

Two siblings team up with Santa Claus for a high-flying holiday adventure. A new Christmas classic from the makers of “Harry Potter” and “Home Alone.” (Available November 22)

A boy growing up in Dublin during the 1980s escapes his strained family life by starting a band to impress the mysterious girl he likes. (Available November 23)

In 1892, a legendary Army Captain reluctantly agrees to escort a Cheyenne chief and his family through dangerous territory. (Available November 24)

A miserable conman and his partner pose as Santa and his Little Helper to rob department stores on Christmas Eve. But they run into problems when the conman befriends a troubled kid. (Available November 26)

The inspirational story of World Champion Boxer Vinny Pazienza who, after a near fatal car crash which left him not knowing if he’d ever walk again, made one of sport’s most incredible comebacks. (Available November 28)

A spacecraft traveling to a distant colony planet and transporting thousands of people has a malfunction in its sleep chambers. As a result, two passengers are awakened 90 years early. (Available November 29)